Improving services to Arizona’s citizens, businesses, tribes, and visitors to our state is a priority for ADG. Using the Arizona Management System strengthens ADG’s accountability and helps it accomplish tangible results.

ADG has identified key performance metrics – each of which ties to one of its Strategic Plan goals or objectives – to measure its progress in achieving both short- and long-term goals.

SEE HOW TRIBAL GAMING MEASURES UP

Contributed to State and cities, towns and counties in Arizona since inception (2003). 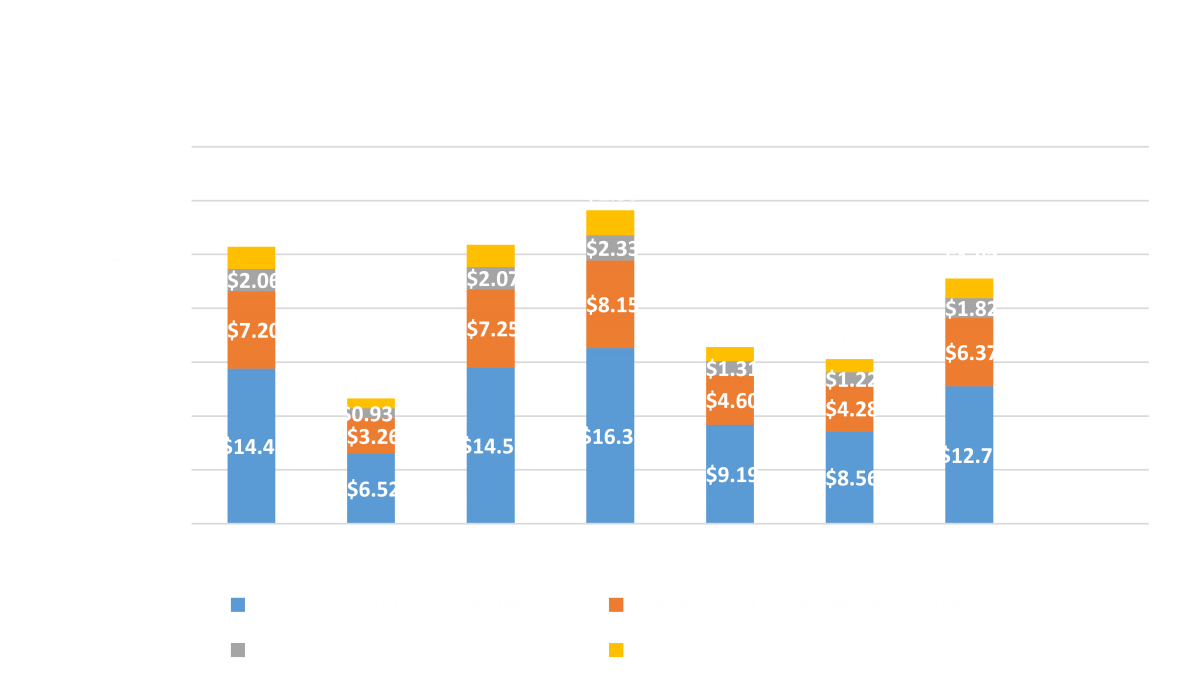 The ADG Division of Problem Gambling (DPG) offers a voluntary casino Self-Exclusion program, whereby patrons can choose to exclude themselves from Arizona Class III gaming casinos for a period of one, five or ten years. DPG Self-Exclusion staff work with gaming facilities on a daily basis to update the patron self-exclusion list. More information on self-exclusions can be found here.

© Arizona Department of Gaming 2019 | Dates and times mentioned within this website are subject to change.