Currently, there are 24 Class III gaming facilities in Arizona, operated by 16 different tribes. Those Class III casinos may offer “Las Vegas style” gaming activities (e.g., gaming devices, blackjack, keno, jackpot poker, and house-banked poker) and are co-regulated by the Tribal Gaming Office of the tribe that owns the casino and ADG.

There are two Class II facilities in Arizona that are regulated solely by the tribe that operates the facility with oversight from National Indian Gaming Commission under the Indian Gaming Regulatory Act.

There are three classes/types of gaming:

Class I: Social games played solely for prizes of minimal value, or traditional forms of Indian gaming engaged in by individuals as a part of, or in connection with, tribal ceremonies or celebrations. Class I gaming on tribal lands is exclusively regulated by tribal ordinances. Off of tribal lands, Arizona state law governs gaming between individuals

Class II: Limited to bingo or gambling devices that are based on the game of bingo and regulated by the tribe with oversight provided by the federal government through the National Indian Gaming Commission.

Class III: Full “Las Vegas style” casino gaming such as gaming devices, blackjack, keno, jackpot poker, and house-banked poker and co-regulated by both the Tribal Gaming Office of the tribe that owns the casino, and ADG. Class III requires the tribe operating the casino to enter into a valid Tribal-State Gaming Compact (Compact) with the State before it may operate the casino. Class III casinos may not offer casino games that are not authorized by State law or specifically allowed in the Compact.

A Class II facility is regulated by the tribe that owns it, with oversight by the National Indian Gaming Commission. ADG has no jurisdiction over Class II gaming facilities.

All Class III casinos are regulated by both the Tribal Gaming Office of the tribe that owns the casino and by ADG in accordance with the Arizona Tribal-State Gaming Compact (Compact). The Compact specifies detailed procedures for casino operations. All Class III casinos are required to complete an extensive checklist, and must receive certification from ADG before opening for business. These casinos are subject to both annual compliance and financial audits by ADG to ensure compliance with the Compact.

All gaming activity involves risk and the outcome of any one play, or series of plays, is completely random. Payout percentages are over the expected life of a gaming device.

Class II: Payout percentages* are set solely by the tribe and any changes to them are approved by tribal regulators.

Class III: Per the Arizona Tribal-State Gaming Compact, minimum payout percentages for Class III gaming are set at 80 to 83 percent. This means that a machine must return 80 to 83 percent of wagers over the expected life of the machine. If at any time a Class III casino wishes to alter the payout percentage, it must receive approval from the respective TGO (Tribal Gaming Office), and notify ADG of the change. The machines that have been changed must stay out of play until inspected by both ADG and the TGO to make sure it still is meeting all requirements.

*Payout percentages are over the expected life of a gaming device.

Class II: Contact the facility operator and the appropriate Tribal Gaming Office to address any patron complaints, disputes or legal claims. You can also direct your to the National Indian Gaming Commission’s Phoenix Regional Office at (602) 640-2951. ADG has no regulatory role with respect to Class II facilities.

Class III: Initiate the process with the appropriate Tribal Gaming Office. Section 14 of the Arizona Tribal-State Gaming Compact outlines the process for resolving patron disputes. If a patron is unable to resolve his dispute with the casino over wins and losses, the patron has the right to contact the TGO to resolve the issue. The Compact gives sole authority to the TGOs to resolve patron disputes over wins and losses. Learn more on our Patron Disputes page.

Gaming devices contain a random number generator(s) that constantly produces numbers, even while the machine is not in use. Pulling the handle or pushing the “Spin” button only begins the visual display, which is purely for show. This action displays the reel positions that coordinate with the set of random numbers that were generated when the player pushed “Spin” or pulled the handle.

When playing a gaming device, it is important to remember that every play is random; one pull is completely independent of the previous or succeeding pull. Everything comes down to precisely when the player pushes “Spin” or pulls the handle. A completely different result can be yielded just by playing 1/100 of a second later. 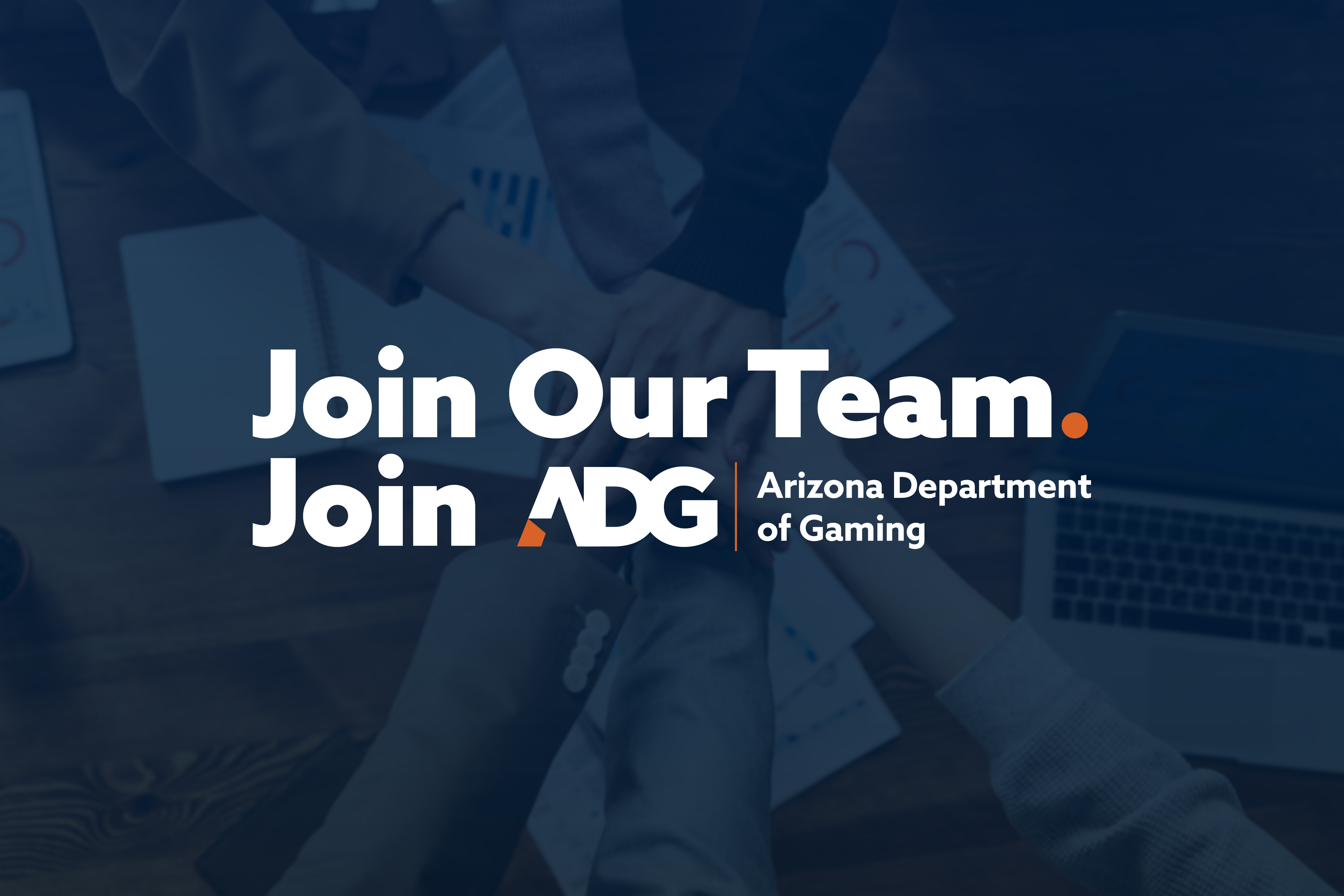 ADG is a dynamic workplace with high employee engagement. We offer professional development opportunities and embrace a culture of continuous improvement that empowers employees to improve processes. Join our team.

© Arizona Department of Gaming 2022| Dates and times mentioned within this website are subject to change.